Travel - Laughs - And "White Gurl Bootay"
WELCOME TO THE ABOUT PAGE OF
"THIS JUST JIN - WORLDWIDE!"

Welcome to the world of "This Just Jin"! As your humble narrator and guide, Jin will bring her singular style of wit, spontaneity, and charisma, as -- ready or not -- she takes you along on her highly ambitious, and rarely predictable, modeling adventure. This trip promises amazing experiences for both Jin and our audience in eight different countries and dozens of cities all around the world.

​This series also promises to showcase the never ending challenges of Jin's own relentless itinerary. The life of a full-time model is not for the disorganized, weak-willed, or low-in-energy, and is often not at all what one would imagine. With dozens of photo shoots scheduled everywhere from the streets of NYC, to the beaches of Iceland, to Medieval castles turned studios in Paris, our series will take the viewer on a journey not just around the world, but deep into the world of life as a full-time traveling model. 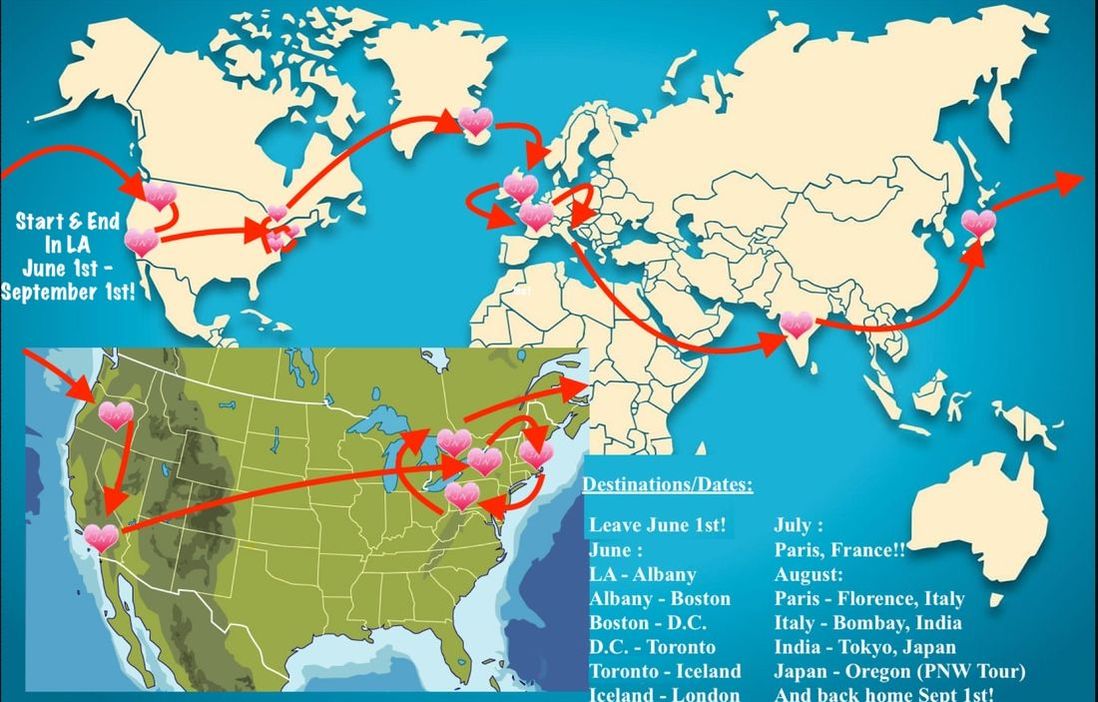 Filming on TJJW has officially WRAPPED and public, non-monetized, censored episodes are airing every other Wednesday on the JNT YouTube Channel! From LA and back, Jin spent three months traveling east across the northern hemisphere, stopping in eight different countries, some of them quite unplanned! Follow Jin as she revisits some of her favorite locations; Boston, NYC, Paris; and as she visits many new cities for the first time! Toronto, Reykjavik, London, Kiev, just to name a few! The bags are packed, the flights are booked, and the cameras are rolling! 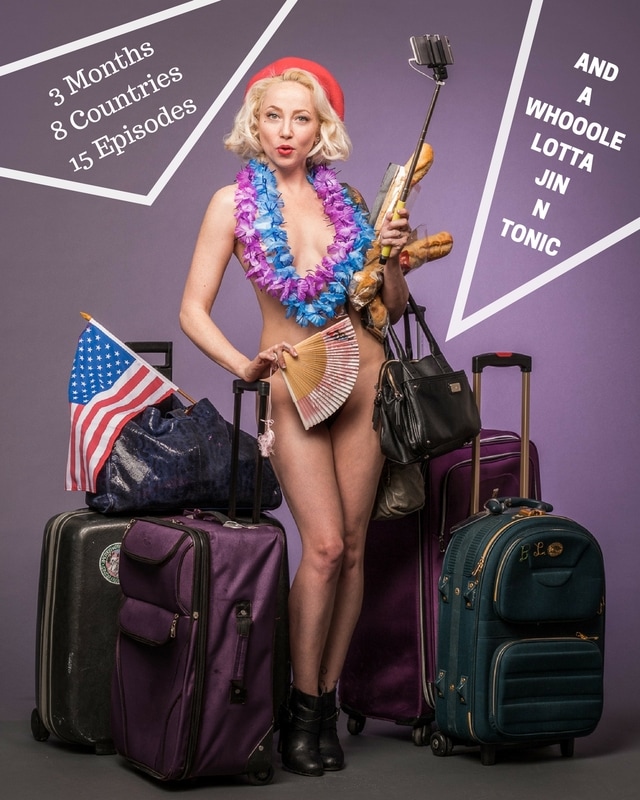 It is our mission to showcase that travel is not just about the places you go, but the people you meet, the friends how make it happen, and the experiences that make your life better for it.  Similarly, "This Just Jin - Worldwide" will showcase that the life of a full-time model is about the freedom of creative expression and not just the nudity (although that is almost a daily ocurrence!)

"TJJW" aligns itself with Jin N Tonic's tireless efforts to promote positive body image, courage, and success for all peoples, of all shapes, colors, gender-identities, cultural, ethnic, and financial backgrounds, and sizes. Through her many social media channels, Jin speaks openly to her growing and active fanbase on real life, taboo issues such as depression (she's been there), insecurities (she's got 'em), and chasing your dreams (she's doing it!).

​We hope to inspire, connect with, and encourage our viewers to take their happiness into their own hands, and to go out and make it happen - whatever that dream may be! "TJJW" also encourages worldwide travel, cultural awareness, acceptance, and respectful exchange while maintaining an openness to the new and the different. "TJJW" values humanitarian efforts and global sustainability, both in the series' execution and sponsor partnerships, as well as through its funding model. (More on that next!)

​"This Just Jin - Worldwide!" was 100% fully crowd-funded, putting the story back in the hands of the people. Through our community support we have created an unmonetized, ad-free, independently-produced series promoting world travel, respectful cultural exchange, and worldwide body-positivity. Every episode of "TJJW" is scheduled to air without monetization -- only the support of our funders and sponsors -- and will be available to the public, worldwide.

​The method of filming has been a combination of iPhone "selfie" footage, GoPro filmed tours of locations, as well as footage provided by local videographers hired within the many cities en route. This unique combination has created a variety of storytelling possibilities with maximum shooting flexibility and maximum exposure for our sponsors and our featured talents worldwide. All footage has then been uploaded to our post-production team in Los Angeles. (More on the amazing team below!) 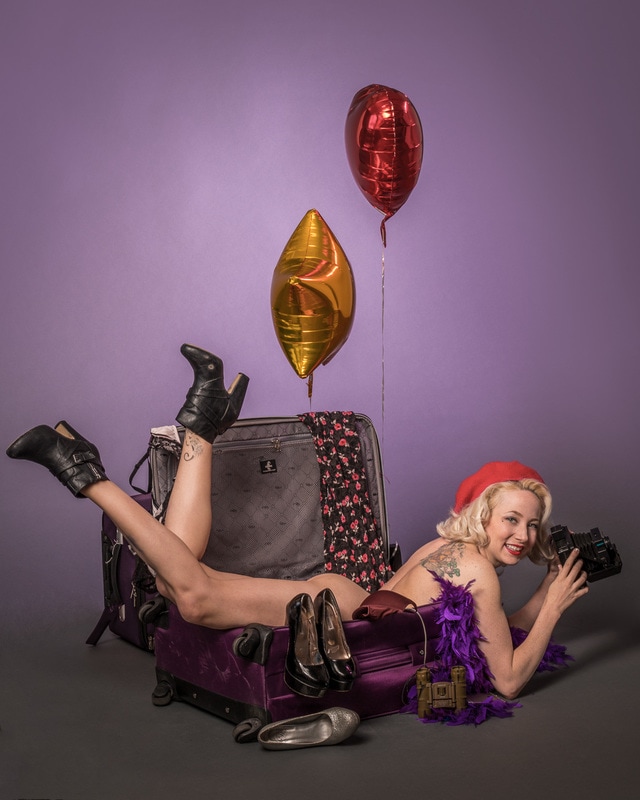 While it is correct that Jin's work is often done in the nude, "TJJW" will be made available, and relatable, to all audiences. We place importance on the connection with the audience member, not on the nudity, and so all public versions of "This Just Jin - Worldwide" will be completely censored. This creates a socially acceptable platform for our sponsors, and also allows us to have a larger, viral, global reach. The uncensored versions of each episode will be made available only to contributing patrons, again promoting the sense of community in this independently funded project, while still allowing the artistic expression of Jin N Tonic as an artist. We are also then best able to align our vision with a message of Body Positivity worldwide.

Welcome to a day in the life of Jin N Tonic! Eternally seeking WiFi and a place to rest her heavy luggage, "TJJW" will document the daily life of Jin as she seeks out health-conscious meals in foreign countries; affordable, cleanish housing and bathrooms with logical toilets; proper lighting for doing her hair and makeup on the run ie often in the back of a cab!,; along with the non-stop-prep for photo shoots with new photographers and their never-ending requests. And in her free time, you can bet we will be following Jin as she explores her many new destinations, seeking the best spots for endless selfies for her fans and supporters on her many social media platforms, along with the constant quest for some Pinot Grigio. Add in the fellow full-time model nomads that Jin calls friends that she will be meeting all along the way, and prepare to see the sights in a whole new way you've never imagined!